We recently got the chance to speak with KING LIZ playwright and powerhouse, Fernanda Coppel. Read below for her take on diversity in theater, the value of young athletes, and the distinctions of writing for television and film vs. writing for the stage.

Windy City Playhouse: Let’s start with Liz. She’s such a powerful character. Did you have any real-life inspiration? How much is she based on you?

Fernanda Coppel: Liz Rico is a fictional character. She is not based on me, but all of the characters I write are a part of me. There is an emotional truth to Liz that I recognize in myself. I wrote this play during a dark period in my career; I was consistently hearing a lot of “no” and “you can’t” which was wearing on me. So, I sat down to write a character who was successful, a woman of color, impenetrable and who was able to say all of the things I wish I could say to my bosses and to any negative people in my life. With these strengths in character come great challenges that Liz must face: her difficulties connecting with people in her personal life, the sexism and racism that she will always have to fight against, etc. I set out to write about a woman who was very inspiring and successful but also flawed. A woman who’s made many sacrifices and buried parts of herself in order to succeed.

WCP: What sort of research did you do prior to crafting her? We know you’re a major basketball fan, which must have helped.

FC: I spoke to Jill Smoller, a very powerful sports agent at WME, for research. She was gracious enough to answer personal questions as well as explain some of the business aspects of her line of work. I also consulted with my agents A LOT for research questions. My theater agent, Scott Chaloff, is a gem.

WCP: Liz mentions to Coach Jones that part of why she doesn’t have a family (or frankly, much of a personal life) is that she’s so consumed with work. Do you relate to that? How have you balanced the life of a writer, which can be so consuming in both time and emotions, and the more personal aspects?

FC: I can be a bit of a workaholic. I would say that I’m happiest when I’m working. I have learned early on that balance is necessary. Especially as an artist, I find that taking a break to “fill up the creativity tank,” as I like to say, is really important to living a sane and healthy life outside of writing. A writer’s process is very solitary and insular, which I don’t mind. However, in order to continue to write new material my process includes: connecting with people, loving people, traveling, getting lost, having fun, getting my heart broken, getting into some trouble, living a full life. The more I experience outside of writing and work, the richer my work and writing will be. 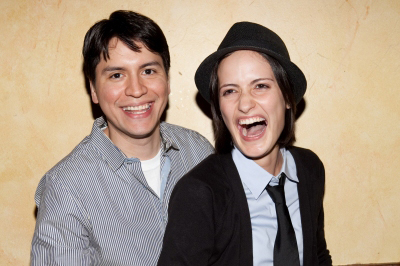 WCP: You’ve said (specifically in the 2015 interview with All Sports Everything) that you stopped being a die-hard fan of the Lakers due to some their administrative choices — not investing in younger players, for example. Do you still feel that way? How do you feel about the working climate of the NBA today.

FC: Since that interview the Lakers have made some really positive administrative decisions that have me hopeful that they will rise again. Their franchise is very unique because the team is owned and run by a family. When the patriarch Dr. Buss passed away the team started to slump. But, recently they hired Magic Johnson (who is very qualified) to replace some of the Buss family members who were running the organization into the ground. It was probably a very difficult decision for the family but ultimately a positive one in my opinion.

WCP: Similarly, can you tell us how you’re feeling about the culture of theater these days? Any companies you’re loving for their programming with women — and specifically women of color — at the forefront?

FC: Several theater companies are really stepping it up this year, specifically Victory Gardens who just announced predominantly female playwright season which I was thrilled about. Generally, every theater includes one spot in their season which is for “diversity” while the rest of the season is chock full of white men (often the same dudes). This makes it very difficult for women and writers of color to build a body of work, there’s just too few opportunities for us to succeed in the long term. I greatly admire Signature Theater’s residency program, where they pick a playwright and commit to producing several of their plays over the course of several years. I had the pleasure of meeting the visionary behind this model while I attended the Julliard School, Mr. Jim Houghton, the artistic director, who recently passed away. While a model like this does have its setbacks (fewer playwrights are produced) I’d say that the positives are overwhelming. The ability to just write and not worry about where you will land, as a playwright I know that’s rare and truly a gift. Also the opportunity to build a body of work under one roof regardless of reviewers or any other influences is just mind blowing. So, thank you Jim, you are missed.

WCP: Switching gears: can you tell us about how you landed on writing as a career? A little birdie told us you once were looking to become a lawyer?

FC: Yes, as a first generation Mexican immigrant, when I went to college my family had high hopes that I would either become a doctor or a lawyer. Unfortunately, I am too squeamish to go into the medical field, so I told my family I would pursue law. My first semester at UC Santa Cruz, I saw my first play ever and had a light bulb moment. That evening I ran to my dorm room and wrote a play without ever having read a play before. It was pure instinct and it was exciting. A year later that play was produced, which I co-directed with a friend, and I was hooked. I wanted to make theater and write for the rest of my life.

WCP: In addition to your work as a playwright, you’re also really steeped in the television and film worlds. What’s it like working in these two industries, and how does your writing process change from one to the other?

FC: Television is very different than theater because it’s more collaborative and corporate. You are hired to write for someone else’s vision and your job is to help them realize that vision. When you work in a writer’s room, you show up normal business hours and work with a group of writers who all pitch different ideas that are shaped into episodes. You are paid weekly and have a lunch break and a supervisor and a boss. It’s all very organized and civilized, whereas in theater there is much more freedom of schedule. You go off and write on your own and creatively you are free to follow your own vision. My writing process varies between the three mediums: I see writing for television as a way to pay the rent and something that I do a lot more researching and pitching than actual writing; I see my plays as my passion and also my healing space, where I explore my fears/insecurities and I grapple with my questions about life. And film is a long term dream; as a kid I loved film and always dreamed of making movies but I never thought it was a reality for someone of my background. Now I know it is.

WCP: Related, how do you see these two industries working in conjunction (or distinctly) to promote more diverse narratives in the stories they tell?

FC: In the television industry there are more and more trailblazing series being made that are run by artists of color and aiming to tell fresh new stories about diverse characters like: “Insecure,” “Blackish,” “Atlanta,” “One Day at a Time.” There is some hope but it’s also a business that’s run by a small group of white men who have been in power for many, many years. So with the victories come setbacks and it’s still a long road ahead. But a rising trend among network executives is a focus on diversity because they have recently realized that diversity sells. With the continued profit more doors will open for writers and artists of color who have been working, waiting, hustling for their chance to shine.

Karen Pittman in the premiere production of KING LIZ at Second Stage in New York, NY (courtesy of Second Stage)

WCP: Speaking of, we’ve got to ask: we heard KING LIZ is being optioned for a Showtime series… can you tell us any more about that?

FC: Showtime optioned the play in the summer of 2015 when it premiered in New York. They hired me to write the pilot, which was a half hour dramedy focused on Liz and Gabby’s struggles at The Candy Agency. Unfortunately, Showtime very recently passed on the pilot, meaning they will not put it into production. So I’m now in the process of shopping the material around to other networks. I have faith that Liz Rico will live on the small screen and will continue to work towards that goal.

FC: All it takes is one yes. Maybe you’ve been hearing no for years, months, days, but keep writing. Keep pushing yourself to write your best work with every play and exploring your voice in the deepest way possible because the YES might be just right around the corner. So stay ready and write your ass off.

Hear more from Coppel in a post-show talk-back on Saturday, May 27th. View our full events calendar for this and more engagement activities.

Back to the Playhouse blog