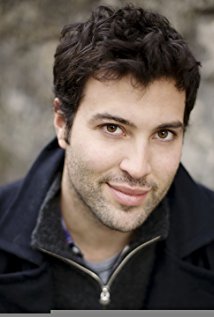 Jonathan grew up in Los Angeles. His play THE RECOMMENDATION (IAMA, The Flea, The Old Globe, Windy City Playhouse 2019) won the Craig Noel Award for Best New Play, an Ovation Award for Best Play and was nominated for an NAACP award. His plays include NEED TO KNOW (Colt Coeur Play Hotel, Rogue Machine), and CATCH THE FISH (Most Outstanding Play NY Fringe). CANYON will receive its World Premiere as a co-production with IAMA and Latino Theater Company in 2019, directed by Whitney White. His work has been featured at theatres including The Manhattan Theater Club, The Roundabout, Ensemble Studio Theater, The Rattlestick, The New Group, The Williamstown Theater Festival, Ars Nova, The Keen Company, Colt Coeur, Rogue Machine, The Lark, New York Stage and Film and at The Old Vic in London. He is a member of the Dorothy Strelsin New American Writer’s Group at Primary Stages, a MacDowell Colony Fellow, a Dramatist Guild Fellow, The New York Stage and Film Founder’s Award Winner, a two-time recipient of a Fellowship to SPACE @ Ryder Farm, a two-time Lecomte du Nouy award winner and a recipient of the Theater Publicus Prize for Dramatic Fiction. Additionally, he was a finalist for the Laurents/Hatcher Award, and a nominee for the Otis Guerney New American Playwright’s Award. A graduate of The Lila Acheson Wallace American Playwright’s Program at The Juilliard School and Vassar College where he studied mythology and religion, he now serves as an adjunct professor at NYU’s Tisch School of The Arts. In TV, Jonathan is a writer on The USA’s The Sinner. Previous credits include ABC’s “A Million Little Things”, NBC’s “Rise”, and Netflix’s “Gypsy”.