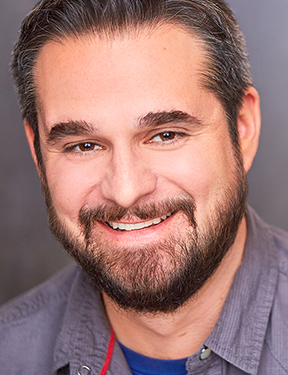 Matthew is very grateful and excited to be joining the cast of NOISES OFF at Windy City Playhouse He has been an ensemble member of the Irish Theatre of Chicago since 2014 and has appeared most recently as Brendan in Conor McPherson’s THE WEIR, Tom Crean in THE WHITE ROAD, Ray in IN A LITTLE WORLD OF OUR OWN, Dean in LAY ME DOWN SOFTLY, and Nicky in THE SEAFARER with the company. Matthew is also an ensemble member of Akvavit Theatre, where he has appeared as Morten in RED AND GREEN, Halldor in MISHAP!, and co- directed THEY DIED WHERE THEY LIED. Other area roles include Mercutio in ROMEO AND JULIET with Purple Bench Productions, and Gus in THE CITY OF DREADFUL NIGHT at The Den Theatre. A native of Pittsburgh, Pennsylvania, Matthew studied Theatre at Indiana University and is a graduate of the Second City Conservatory Program. His Film and Television credits include “Chicago P.D, “Tasmanian Tiger”, and “Public Access”. Matthew would like to thank his wife Krystal for always being the ever loving supportive wife. He is represented by Paonessa Talent.